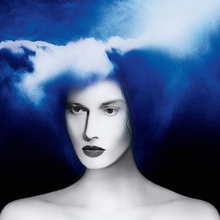 I didn't particularly dislike any songs all too much, maybe Everything You've Ever Learned (minus the intro) could be on that list.

Not a big fan of his voice or how he typically uses it. I believe my overall dislike of Jack White comes from personal preference. No songs that I'll be adding to the playlist, but still happy that I got to listen to the album.

As for what the next Album Club could discuss, well in an effort to not be super mainstream, I'd like to see Folk Hop N' Roll (Deluxe) by Judah & The Lion discussed. Thanks for doing these Chris, but I hope this (and GC) will garner a bit more popularity.

I've followed Jack White for a while but never listened to one of his albums properly - there's a lot in the album and no real style.

I'm going to recompile the tracks I liked in to a playlist and re-order it and give it a listen on the Hi-Fi system, perhaps I'll hear it differently.

I wouldn't go so far as to say that I liked the album, but I also wouldn't say that I disliked it - it's really well mastered.​
Favourite Tracks:

Why Walk a Dog, Over and Over, What's Done is Done​
Least Favourite Tracks:

Connected by Love, Ice Station Zebra, Get in The Mindshaft​
Track Overview:

Connected by Love: This track felt like it was attempting to be a powerful track, but it just didn't do it for me - I liked the lyrics but everything else fell short.

Why Walk a Dog?: I quite like this song but it was definitely cut short - felt like it was going somewhere and never did. I loved the guitar effect, very different.

Corporation: This song felt way too long and experimental, it didn't keep my attention at all and ended up skipping through it.

Abulia and Akrasia: Not one I'd add to a playlist, felt like an interlude but it's interesting - I looked up the lyrics and found a quote from Jack White "How can I make the most complicated poem about wanting a cup of tea?" - brilliant!

Hypermisophoniac: This song is really interesting, the stereo-panning sounds great and I can't wait to listen to it on my Hi-Fi system. The whirring in the right channel makes the song have a constant unease to it and it fit the lyrics perfectly.

Ice Station Zebra: This song had a bit of a funk-vibe to it, the synth sound reminded me of g-funk a lot. Not one I'd add to a playlist, but it's different and really well-made.

Over and Over and Over: The first song I heard from the album and the one that made me want to listen, this ones going in to a playlist when I can work out which it fits in to - also the video is amazing.

Everything You've Ever Learned: Similar to Abulia and Akrasia, it felt like an interlude that definitely had a lot more to offer.

Respect Commander: It felt like a cheesy 2000's disco track until 1:45 where it takes a completely different turn and becomes actually good. The guitar work in this song is catchy and feels almost like it's being played by a robot.

Ezmerelda Steals the Show: This track sounds brilliant, there's not much going on but the vocals take up a lot of space. The poem is interesting and I really paid attention to it - seems to be a recurring theme with short poems on this album.

Get in the Mind Shaft: I liked the intro but the rest of the song was a let down, feels like an early Daft Punk song.

What's Done is Done: A really nice and slow track, fitting towards the end as a sort of closing track but almost feels out of place on the album.

Humoresque: Softer and quieter than the previous song, a great end to the album - makes it feel like you've been on a journey and you've come to the end. I can see this being fitting in a movie - either a horror or a romance... Checked the genius and apparently it was by Al Capone and Jack White bought it at auction for $18,750 - woah.

man this album was ahead of its TIME brotha

fuck you 2018 projecki this shit is THE BOMB

Verringer i eventually went on to become a big fan of the raconteurs, went to one of their shows, caught brendan benson's guitar pick

Projecki said:
man this album was ahead of its TIME brotha

fuck you 2018 projecki this shit is THE BOMB

Verringer i eventually went on to become a big fan of the raconteurs, went to one of their shows, caught brendan benson's guitar pick
Click to expand...

No way. Did you know about them before? haha

Jack White's on my bucket list of people I have to see, he's beyond legendary.